Wherever you are, be it stuck at work, falling asleep in a lecture, or out doing your weekly shop, if you’re a FIFA fan then you’ve always got one eye on Wednesday’s TOTW reveal.

Just as ever, week 36 has coughed up some real gems that will have Ultimate Team players drooling at the mouth at the prospect of getting their hands on one of these beauties.

There’s FIFA card excellence up front, in midfield, at the back and between the sticks, so cross your fingers you don’t come across any of these in opposition sides.

A Hero and a Record Breaker in the new #TOTW! pic.twitter.com/Piz4QTIQD9

Here’s our rundown of the stars of TOTW 36. 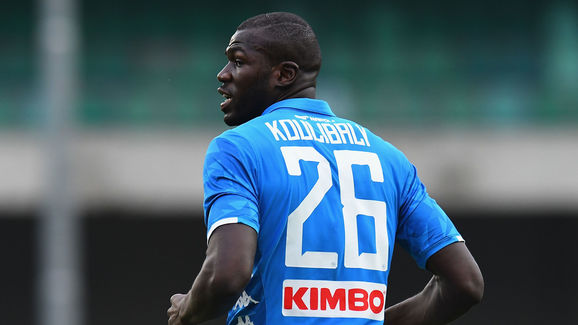 In his eighth upgrade of the season, Kalidou Koulibaly has raced ahead of any other ​Serie A defender and put himself firmly among the best, not just in the division, but across the entirety of FIFA. His colossal new 93-rated card comes off the back of ​Napoli’s 4-1 win over Inter, in which the Senegalese centre back put in another commanding display for Carlo Ancelotti’s side.

With a 94 overall defensive rating, any player, no matter how fast or agile stands a chance of getting past him. An incredible 96 marking also means he is always aware of incoming danger while his 99 strength rating means that he simply can’t be toppled over by anyone else. 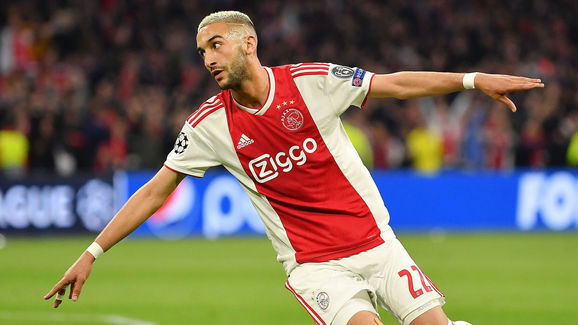 After such a wonderful season with Ajax, Hakim Ziyech has rightfully been rewarded with some excellent Ultimate Team cards this season. None more so than his new 91 overall cards, after he provided an assist and received the man-of-the-match award for a scintillating display for his side as they beat De Graafschap 4-1 to lift the Eredivisie title.

A far cry from his original 82-rated card, Ziyech now has a frightening ability across all four key attacking traits. His 88 shooting stats are increased due to a fierce 96 shot power, something very few goalkeepers will stand any chance of contending with, while 97 curve rating will make finesse shots nigh-on impossible to stop. This is a card you do not want to face off against. As just rewards for helping ​Bayern Munich win their seventh successive ​Bundesliga title, David Alaba has duly been handed a stunning Hero card in TOTW 36. Much of the reason may be down to his unselfish act on the final day of setting up Arjen Robben to tap home on his final Die Roten appearance, but whatever the reason, the card is exceptional.

With an overall rating of 86, few can argue with his superb acceleration of 86 which allows him to defend accordingly against speedy forwards, while equally allowing him to overtake opposing full backs on the flanks. Alaba has always been known for having a rocket of a left peg, and FIFA acknowledge this by handing him 85 shot power – superb stats for a left back. 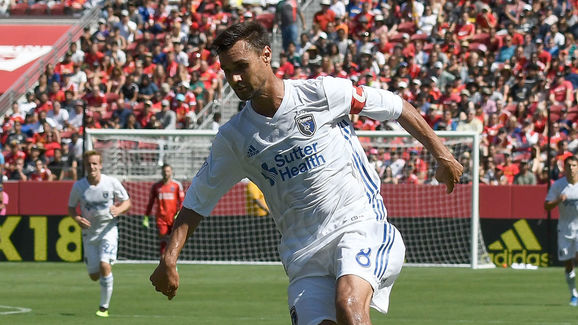 It would be wrong to not mention Chris Wondolowksi, who earned an 82-rated Record Breaker card after he became the MLS’ all-time leading goalscorer after bagging four goals against Chicago Fire. He could forge some forward line along with Nicolas Pepe who was granted another 89-rated card in what seems to be his 20th upgrade of the season – this time boasting a frightening 97 acceleration.

At the other end of the pitch is Gianluigi Donnarumma, who produced a string of superb saves to keep a clean sheet in Milan’s 2-0 win over Frosinone in Serie A. The 20-year-old’s 90-rated card is pure goalkeeping gold, with a staggering 95 diving and 94 reflexes meaning even the very best of strikers in the game will be hard pressed to find a way past him.

Results for Kotoku Royals F.C in the NC tournament.

We can do the Nation proud, says Bafana Bafana coach Stuart Baxter

Kylian Mbappe Makes Headlines After A Hat-trick Against Barcelona

Kylian Mbappe Makes Headlines After A Hat-trick Against Barcelona