Maggie Steffens during the Best Athlete of the Year Award ceremony

Winning the FINA Women’s Water Polo Athlete of the Year award was for Maggie Steffens a team award. And as the captain of the hugely successful and triple-Olympic-winning United States of America team, Steffens was “honoured and humbled.” Along with team-mate Mel Seidemann, Steffens collected her third Olympic gold medal in Tokyo last year.

Winning the FINA Women’s Water Polo Athlete of the Year award was for Maggie Steffens a team award. And as the captain of the hugely successful and triple-Olympic-winning United States of America team, Steffens was “honoured and humbled.” Along with team-mate Mel Seidemann, Steffens collected her third Olympic gold medal in Tokyo last year — unprecedented in women’s water polo.

And at just 28 years of age, the athlete with Puerto Rican roots still has plenty of time and effort to impress further. She currently plays for CN Sabadell in the Spanish League and is looking after her body with Paris 2024 firmly in her mindset. 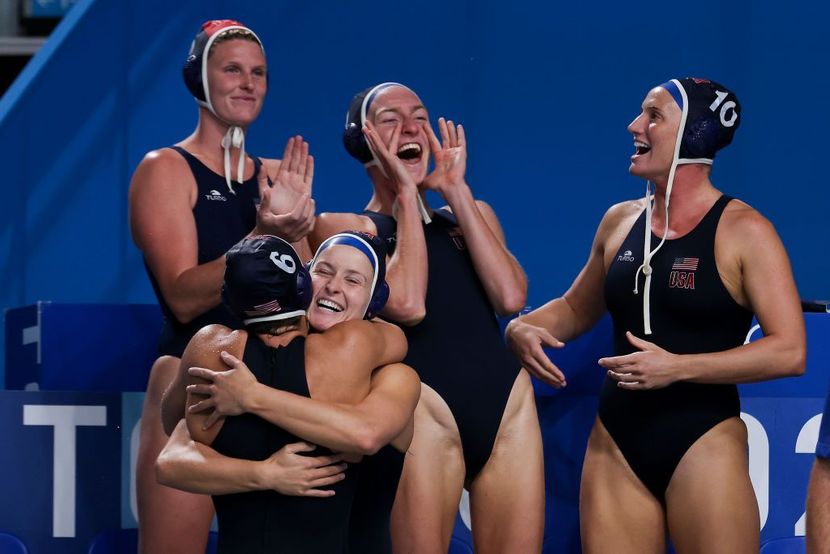 “As an Olympian, we think in quads (or for Tokyo 2020 — quads plus 1 year) and always with the end in mind. But as I mature through this Olympic journey, it is extremely important to live in the present and provide not only the physical health my body needs but also the mental and emotional health. For that, I am focusing on giving my body, mind, and soul what it needs right now after this long five-year journey with the intention to keep growing, keep developing, and keep playing.

“I have been working through a lot of injuries and am very fortunate to have the support, not only from Team USA, but from CN Sabadell as I continue to recover and strive for future opportunities… which definitely includes the amazing challenge of Paris 2024!” 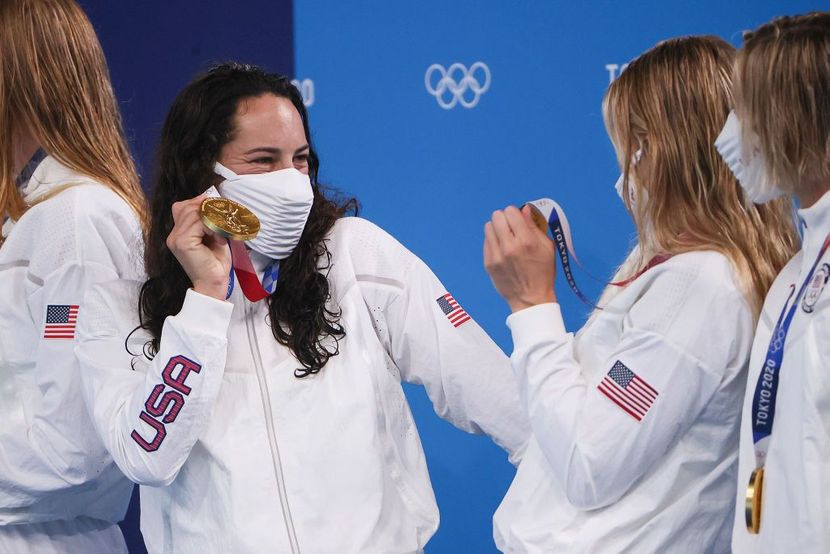 Reflecting on the award, her quick dash to Abu Dhabi to receive the trophy, the return home and then the trip to Spain, Steffens said: “I’m definitely very honoured and humbled to have received this award, especially considering all of the amazing players we have in women’s water polo and how tough 2020/2021 has been for the whole world; but as we all know, water polo is a team sport and there is truly nothing that any individual can do in this sport without her team-mates.

“And those teammates aren’t only the ones in the water with them, they’re on the deck, back home. in the trainers’/doctors’ offices and so many more. So, this award was more just a testament to the badass, strong, talented, selfless teammates and team that I am so fortunate to play with/for (many of whom could have won this!) and the supportive team-mates I have behind the scenes. I look forward to seeing where we can go this year!”

The focus for many, especially us journalists in Tokyo, was when would she equal and break the women’s Olympic scoring record held by four-time Olympian Tania di Mario (ITA). She surpassed the magical 47 in the rounds, hit 50 goals in the quarterfinal against Canada and finished Tokyo with 56 goals to her name — 18 from her third appearance. This achievement helped catapult her to the global award. 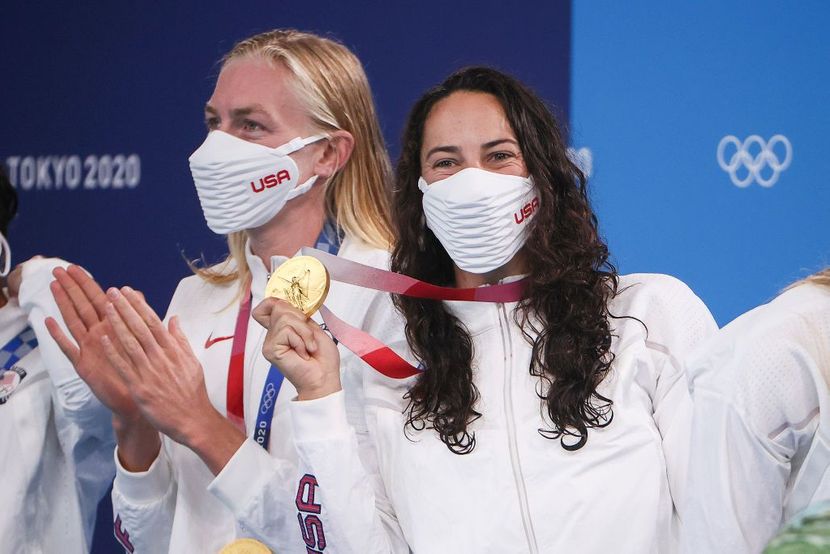 Steffens hails from a water polo family with father Carlos playing for Puerto Rico at Pan American Games and for the University of California, Berkeley. She played alongside sister Jessica in winning their first Olympic gold medal, Jessica has also been on the silver-medal team of 2008. Charlie and Teresa are older siblings who have also helped shape her life.

With the third Olympics done and dusted, Steffens has options outside the pool. “Since 2016, I have co-founded and run a performance analytics company called 6-8 Sports with five-time Olympian Tony Azevedo. 6-8 Sports works to accelerate growth and exposure in water polo (and more sports in the future) through our revolutionary development system that unites standardised metrics, live-game tracking, and advanced data analysis. We aspire to revolutionise the sport through technology and help equalise opportunity for the youth to fulfill their dreams. Our team at 6-8 is small, but mighty and I am loving the adventure we are on as a company.”

One of the stories I like most chatting to Maggie in the past was when, after gaining her second Olympic Most Valuable Player award in 2016, she went on holiday to Croatia. She spotted a pick-up match being played in the sea and swam out to join in. She asked to play, but as she was a woman and they did not know who she was, she was not as welcomed. However, she played and was asked to come back the following day! 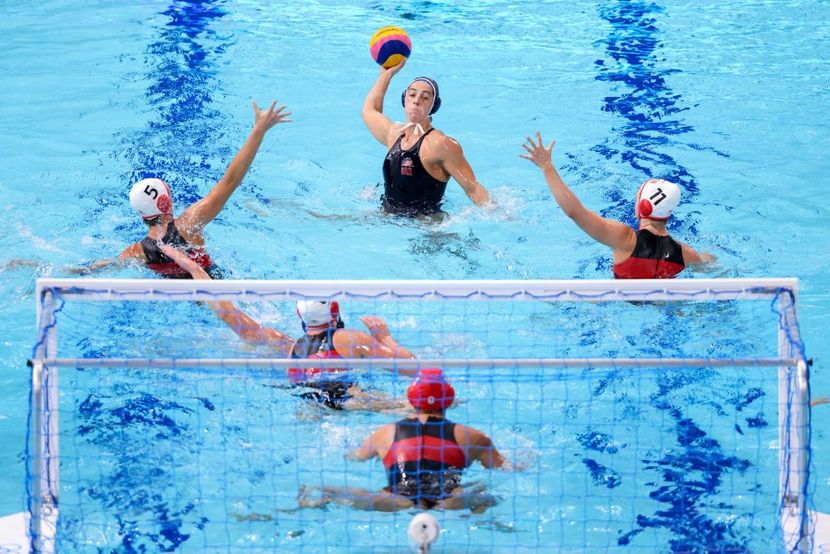 One final thought on the USA team’s dominance and the pressure of having to win every tournament: “Pressure is a privilege. It means you’ve done something right in the past and you have an opportunity to do something even better in the present. It’s more about the opportunity it presents and I feel very fortunate to be a part of a team that takes that opportunity full steam ahead and hand in hand. Pressure can feel lonely, but with our team, it feels united in power.”

I am a young and vibrant sports journalist from Ghana, a member of the Sports Writers' Association of Ghana(SWAG), and working with Sports Preview Ghana and sports reporting outfit poised to bring all the latest and trending sports news around the globe.

Results for Kotoku Royals F.C in the NC tournament.

We can do the Nation proud, says Bafana Bafana coach Stuart Baxter

MICHAEL AMO-BEDIAKO AND STREETWISE PROMOTIONS SUSPENDED INDEFINITEYLY BY THE GBA

MICHAEL AMO-BEDIAKO AND STREETWISE PROMOTIONS SUSPENDED INDEFINITEYLY BY THE GBA