ONE DAY MY NAME WILL BE REMEMBERED: -ENOCH DANSO

by Godfred Sarpong
in Football
1 0
1

My name is Enoch Danso a professional football player and a graduate with a Diploma in marketing. I have had to go through the ups and down of criticisms and disappointments with my parents asking me to concentrate on my education than passion but football in itself is passion.

Born to Mr. Stephen Danso and Mrs. Beatrice Boateng in Ntonso, I can boast of two brothers and two sisters who have all been lovers of football.

I began my football journey when I was in primary school. I was very little and shy but anytime the ball was rolled onto the school back during physical education, the feeling was different. My teachers would then wonder if it was the same person they knew in the class room. 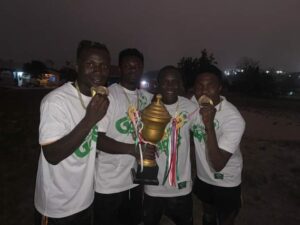 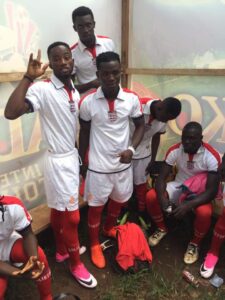 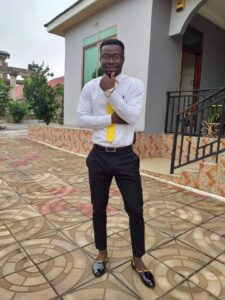 I never thought I would focus on football, but I knew I loved the game and never wanted to stop playing or watching people play. I correct some of my own mistakes on the pitch watching others and learn a lot from them.

After completing Junior High School, I wanted to concentrate on football so I asked my mum and uncle to talk to my dad to take to me a football academy, but it never happened. I got admission to Faith A/G Senior high school where I offered Business.

It was very great in senior high school because I was able to exhibit my skill during inter-school games and it drew much attention to me.

I started been recommended to some junior teams in and around Kumasi and the focus started from there.

From Senior high school, I applied to study Marketing at the then Sunyani Polytechnic in 2010. I undertook the professional marketing course LCM and continued my football there.

I was the darling boy during our hall games not because of my talent but because of my hard work and determination. There were lots of players in the school and I was always one of the favourites to get a jersey whenever there was a game.

There is the original “Baby Jet” but I was given that name because he has been role model in football since I started watching same and have always wished to get to his standard or more. I started learning some of his dancing moves and replicated some during my goal celebrations.

It was nothing to be shy about anymore. The shy kid turned the dancing footballer.

ONE OF MY GREATEST WISHES IS TO MEET ASAMOAH GYAN: ENOCH DANSO