Bahcesehir College celebrated their first-ever European title after defeating Unahotels Reggio Emilia in the FIBA Europe Cup Final, which marked a new competition attendance record of 13,485 in its second leg on Wednesday.

The Turkish team won both legs of the Final, in Bologna and in Istanbul, and prevailed with an aggregate score of 162-143. 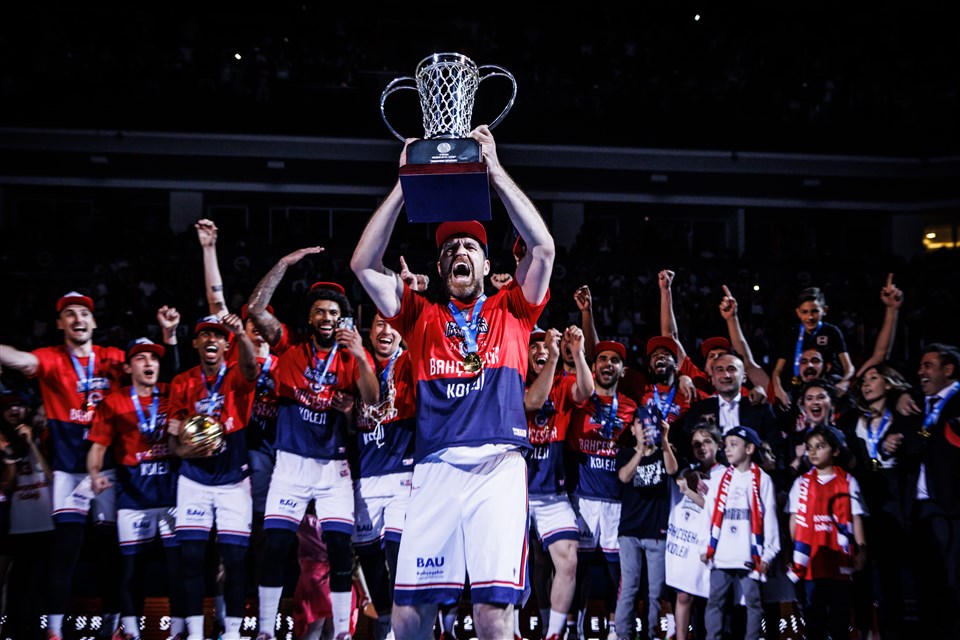 In the Istanbul game on Wednesday, Bahcesehir got off to a blistering start and raced to a 19-point early lead. Reggio Emilia stormed back in the second quarter but the hosts recovered the lead and prevailed 90-74 to be crowned champions.

In the first leg, which took place in Bologna on April 20, Bahcesehir had also claimed a 19-point lead and held on down the stretch, despite a fightback by the Italian side, to clinch a 72-69 win.

Jamar Smith was voted MVP of the Final by the accredited media at the two games. The Bahcesehir shooting guard averaged 14 points and 3.5 assists over the two legs, shot 8 of 13 from three-point range and registered an average efficiency rating of 13.

The 2021-22 champions concluded on Wednesday an almost flawless FIBA Europe Cup campaign, as they finished on a 17-1 win-loss record for the season.

Bahcesehir is a club that was founded as recently as 2017 and its previous bigger distinction on the European stage was reaching the last four of the 2019-20 FIBA Europe Cup, which was curtailed due to the pandemic.

The Istanbul side succeed Israeli club Ironi Nes Ziona, that had defeated Arged BMSLAM Stal in the 2021 Final and have become the first Turkish club to win the competition.